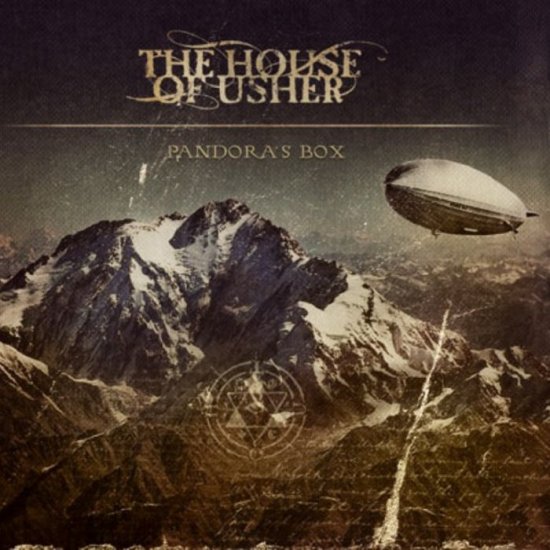 THE HOUSE OF USHER

There are some things that never go away in life and The House Of Usher are one.

Apart from some different line ups, they're still around, even if it looks like The House Of Usher are standing alone, as 'the last of the "goth" mohicans'.

If we use such words it's not meant with sarcasm but more with sadness as the band that's named after the Edgar Allen Poe novel are indeed one of the last bands who pledge allegiance to the old school goth sound we heard in the 80's.

This German gothband is back with a new album titled "Pandora's Box". In many cases most albums with names as such would be kicked out off the office immediately, but in their case it just feels like you're embracing some old friend : a gothfriend!

They learned from the past that a classic goth album begins better with an opener that blows you away and that's what "Saturn Rising" does. This is the kind of goth we adore, where you're swallowed in some melancholic atmosphere ruled by guitars and a memorable chorus!

On this album it feels like you have a record that can be described as goth seen through different eyes, as songs like "As Evening Draws On" or "Speak By Tongue" have that typical Fields Of The Nephilim atmosphere.

"Coming Home" might be a bit too mellow for our taste but as soon as we hear the Xymox-like guitars in "Not Your Friend" we know that "Pandora's Box" is one of the strongest goth albums you'll get to hear this year!