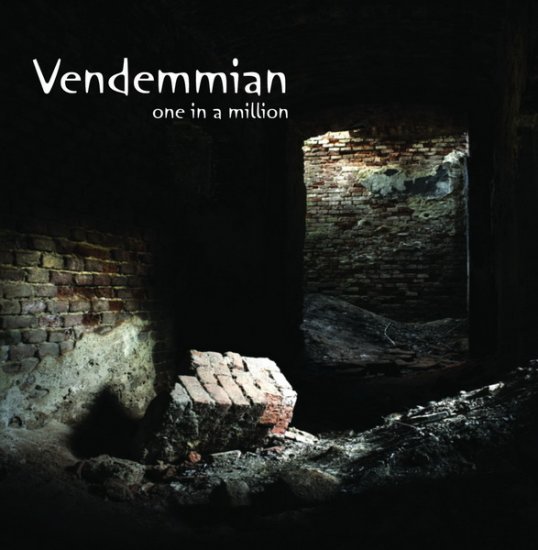 One in a million

Some bands never seem to give up on their dream and luckily for the Goth fans Vendemmian are such a breed. This duo released between 1993 and 1997 six albums and then they disappeared till 2008 to come back with “One more time”.

It looked like they really enjoy their second career as “One in a million” is not only the best Vendemmian album we ever heard, it is also made from a band who has found a new breath.

Mark Douglas and Vendemmian Dave are the kind of musicians who don’t believe in surprises, even more: they’re the kind of band who refuses to experiment with a new sound and it’s that attitude which makes them a great band.

“One in a million” could have been made in 1985 or 1993 or just now. You hear a timeless Goth sound that is reminiscent to the Goth like sounds from The Mission, Nosferatu or so many other black souls who sold their restless soul to a sound that is dominated by melancholic guitars.

Yeah, we heard it before…but so what? We heard so many Nirvana-clones and nobody complained so why should we do that for a band that stays true to their Goth roots?