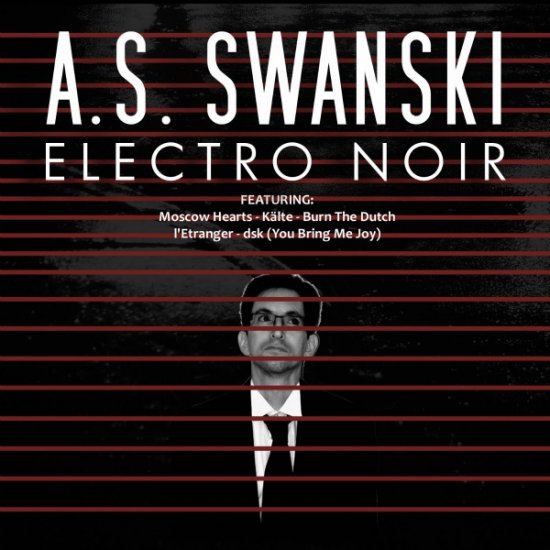 This dutchmen is a jack of all trades, he's a musician, journalist, author... Someone who looks at things from other angles most people would. Electro Noir is a good way to describe his music, it has a certain film noir feeling and I hear a lot of different influences like Clock DVA's Advantage, Fad Gadget or even the ethnic touch of Minimal Compact.

Most vocals are narrative, a legacy of him being a writer? The first few songs are easily digestible dark pop with enough bite to raise a few eyebrows. Check out the video of "Moscow Hearts", the visuals fit well with the cold, dark synthpop. "L'etranger" is an instrumental, "Freedom" is a critical view on the western world of today. The Blixa Bargeld vocals in "Kalte" do just the trick and "DSK" is a cynical song with sobbing girls on the background, a very touching and compelling song! It's about Dominique Strauss-Kahn, hence the sobbing...

"Burn The Dutch" lasts 8 minutes and there he descends to the darkest regions with maniacal whispers on Fad Gadget electro. The last two minutes are sounds of singing birds. Another weird one is "I Felt A Funeral In My Brain" where child like vocals and absurd melodies reminding me of The Residents. So it's an uncompromising record that's hard to chew through, slightly unbalanced but it's also very honest and sharp witted music. Something one should always respect so this is one to discover!