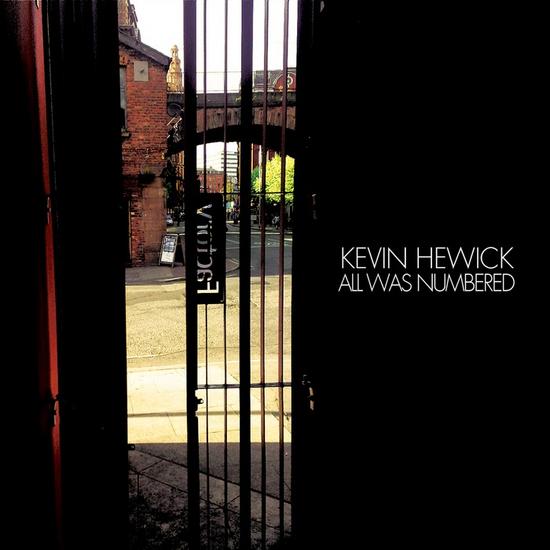 Originally released in 2012 as a download-only album, All Was Numbered finally gets a physical issue two years on, sounding as fresh as before. Expanded with a radio-edit of lead-off track Now Is Then, a booklet of lyrics, an appreciative elegy from Paul Morley and tasteful artwork, the theme of most of the album is Factory Records and in particular Hewick's allegiances with the late Tony Wilson and Larry Cassidy from Section 25.

Morley's involvement stems from his 2011 Meltdown Festival appearance at London's South Bank for which Hewick composed a song. One song grew into 3, then 5 etc etc and an album was born (and numbered by Peter Hook's Hacienda Records).

Ideally taken as an autobiographical account of his time at the iconic Manchester label, All Was Numbered covers his time spent in Wilson's company (FAC 501), his friendship with Cassidy (on Larry), the Hacienda (the pretty string-driven Memory Stone) and his being a 'music-mad Midlands lad' (the potential 'rocking' single Overshadowplaying), all delivered with an element of trademark warmth and humility we've come to expect from Hewick.

Although his tenure at Factory was somewhat short, Morley rightfully points out in his sleevenotes that Kevin Hewick has as much a right to a place in post-punk folklore as New Order, A Certain Ratio, Durutti Column and the like. With his sole 7" single release, 1982's Ophelia's Drinking Song (FAC 48, fact fans), and a whole side of the Factory Quartet double-album, he proudly took his seat at a table where many had dined before and were set to feast thereafter, no doubt some were on Hewick's mind when he wrote the reflective Out Of Order. Elsewhere, French Jazz Station is an eddying and lengthy embarkation into Joni Mitchell territory, a sort of jazzist acoustic ramble that is truly a 'be-bop soundtrack for your restless punk-rock soul'.

All Was Numbered is perhaps Hewick's most rewarding album of late, certainly his most insightful at any rate and stands up as a must-buy chronicle of his pivotal years.