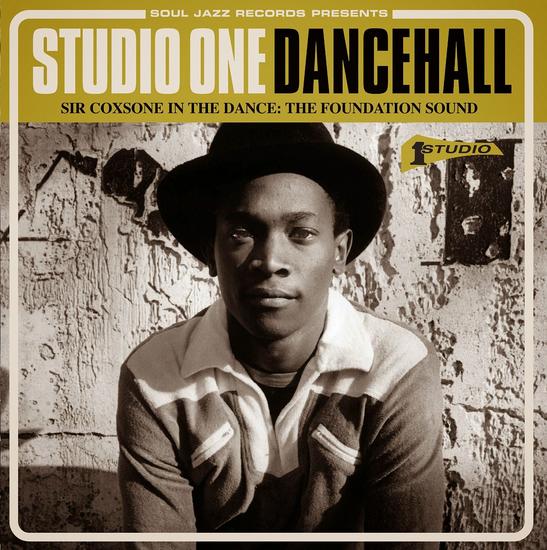 After ruling the dance throughout his early career, Kingston's Clement 'Sir Coxsone' Dodd was something of a colossus in the '70s when it came to playing out big, heavy sound-system anthems and this compilation sets about gathering up the movers and shakers who used and recycled Studio One rhythms to devastating effect.

Drawn from a well deep with dancehall treasures, this umpteenth Soul Jazz Records compendium is up there with some of the imprint's best. The familiar and unfamiliar sit side-by-side as perfect bass-weight bed-fellows, mostly originating from the key mid-to-late '70s period leading up to when 'dancehall' became a dirty word with slackness, drugs and guns replacing Dodd's rather more erudite take on this Jamaican tradition.

The re-recording and re-versioning of classics was commonplace during a time when a blind ear was well and truly cocked - nowadays, lawyers and gangsters would have a special approach to dealing with musically-uncredited shenanigans. Key contributors aside from Dodd were the likes of Sugar Minott and Lone Ranger who toasted and twisted their way through many '60s reggae originals from the Studio One stable and turned them into new hits and prime bangers.

Check DJ Dawn & The Ranking Queens' marvellous Peace Truce Thing as an example. Utilising elements of both Althea and Donna's Uptown Top Ranking and Alton Ellis' I'm Still In Love With You, the mysterious Dawn has created something of a sprawling masterpiece that is almost the equal of both sources. There are other extended beauties here too - Windel Haye's Haunted House and Brentford Disco Set's stomping Rebel Disco ensure the dance is well and truly niced up.

Other highlights come in smaller packages. Slim Smith's self-penned Lonely Lover is exquisite and wouldn't sound out of place being crooned by soul's Al Green or Martha Reeves - it has a distinctly Motown/Atlantic flavour to it. Both of Ernest Wilson's selections are sweetly sung and Green Tea and Chassy's Ghetto Girl is a mere 2 minutes and 19 seconds of pure joy sung in a mixture of falsetto and gruff.

Add in top-notch sleevenotes and you have a compilation fit for a carnival.