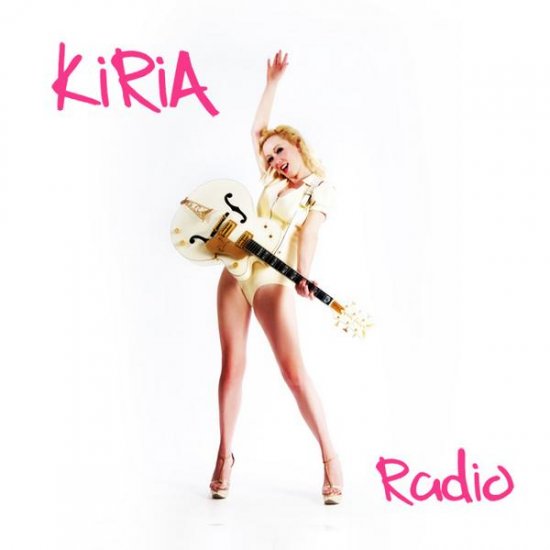 I guess it actually must be the first time I happen to review a pop record on Peek-A-Boo which makes me rather think of Madonna's famous words when she sang about being touched for the first time.
Anyway with Kiria we enter the London surburbian night clubs, as not only is she a regular guest over there, it's also the place where this girl learned her skills which made her end up in bands like Friction or Suck Baby Suck (you have to give your band a name, eh?).
It looked like this woman, who picked up a guitar at the age of 13 (after hearing Hendrix that was), decided to do it all by herself which resulted in this "Radio" debut.
According to herself, she is as much inspired by Morrissey as by The Thin White Duke himself.
Beautiful words which are nothing but an excuse to come up with a record that can only be classified as pop. Hell no, there's nothing wrong with a good pop song.
Say what you want, in the end it's only the tunes that stay in the head.
With Kiria this sometimes works ("Radio" or "Alright"). But just like every pop record seems to be doomed to contain some crap, Kiria's no exception to the rule as something like "Mirror Of You" makes us want to run away rather than enjoy.
What kind of pop do we have in mind?
Well, it surely looks like Kiara is a child of the 80's which makes her songs sound as something like Deborah Harry or a British version of Pat Benatar if you prefer.
"Radio" isn't a great record and we're convinced it won't stand the test of time, but all she wants to do is give us some entertainment and as long as she can do that with popgems like "Jelly Baby" we forgive her for the minor ones.