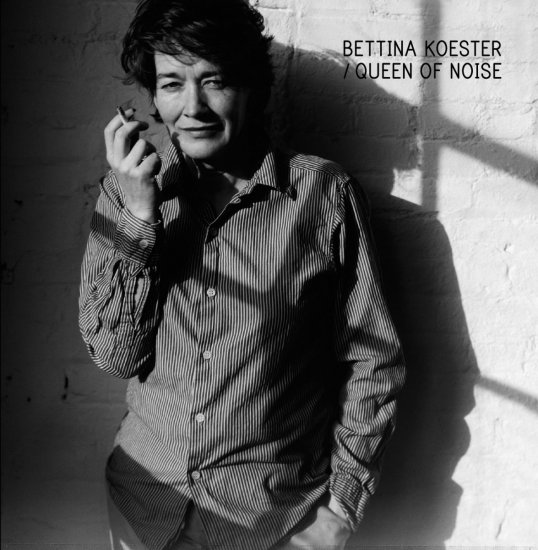 "Queen of noise'" is not what we would call the newest of all releases but as Bettina Koester is still seeking that well deserved world fame, we don't really care much about irrelevant timetables.
Last year she was back in the spotlight with her well received gig at Waregem Gothic and it was also a sign that she was definitely more than just the face behind Malaria, the German new-wave outfit that got cursed by that one hit "Kaltes Klarres Wasser".
People grow up and so did Bettina who is making now some avant-garde pop noir with a voice that lies between Nico and Amanda Lear (which is a compliment).
Those who saw her know that she has respect for her classics and so she opens her solo-album with her very own interpretation of that Beatles song which inspired some lunatic serial killer.
Will McCartney love it? That's another question, but we do. Just like her tunes that make "Crime Don't Pay" and "Fianc 'o Franco" sound something like the goth-disco Nico did at the end of her magnificent career.
It's not even that much of a surprise to have Nico as a reference point as madame Koester herself comes up with a very wayward version of "Femme Fatale" while a song like "Ocean Drive" drops her in a Kurt Weill territory and not to mention the ominous atmosphere that "Holy Water" has.
This albums puts Bettina on the platform where she should belong, among the greatest that is.
"Queen Of Noise" even lets us forget that she was once in the band named Malaria. Now, if only the rest of the world could.