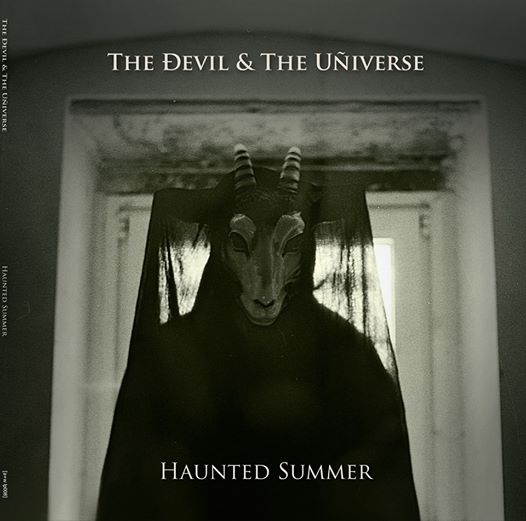 THE DEVIL AND THE UNIVERSE

In the summer of 1816 poet Lord Byron invited the novelist couple Percy and Mary Shelley to spend the summer at his villa on Lake Geneva. They fought boredom at Villa “Diodati3” by consuming drugs and partaking in sex and séance sessions. After that experience Mary Shelley went on to write her famous masterpiece Frankenstein. This historical summer inspired The Devil And The Universe. They spent four weeks in a chapel in a forest in Styria to evoke the ghost of that haunted summer of 1816.

The album opens with the title track and it sounds indeed haunted with ominous distorted guitars. Next to the synths, especially the drums contribute to that occult atmosphere. Their drum patterns could be used in a soundtrack for a ritual sacrifice. I can imagine for example women on altars or man in robes. This occult and haunting atmosphere is sustained through the rest of the mainly instrumental album that is topped with well chosen samples that are often referring to witchcraft (as in Stygian and Calling Of The Shades). Some tracks are more danceable, such as The Goathead with tribal drums that remind me of This Morn’Omina. My favourite track is the sinister Phantsmagoria that has a cinematic feel with the use of strings and soundscapes. The album ends with a dark ambient track: Gipfelrausch. You can hear field recordings of birds and goat bells.

As bonus tracks you get Womb Of The Night (with a fantastic bass line) and Elisa Fields. These tracks appeared earlier on the limited 12” single What Time Is Love?