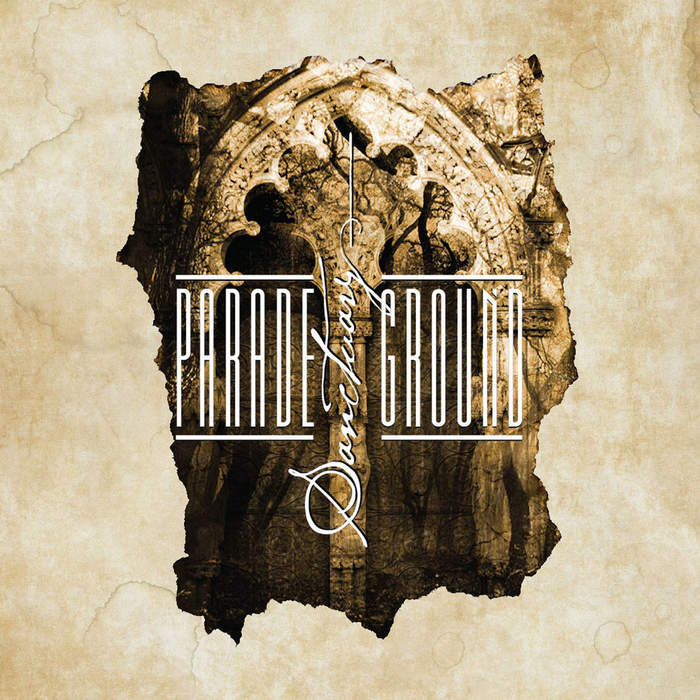 Some people will never understand the essence of Parade Ground. There’s nothing wrong with that as actually someone has to explain what’s exciting about football. But having said that, the Belgian duo still remains one of the most ignored bands ever. They’re not the only ones, that’s for sure, but ParadeGround is one of the few bands that developed an own style that can’t be compared to others.

And whether you like ‘em or not, they always tried to do something others don’t, like crossing the borders with Rosary which was so extreme that many die hard fans ignored it. Of course this album of 2007 was the most extreme Jean-Marc and Pierre Pauly ever did. Impossible to describe, and the best you can come up with is something like industrial post-punk.

Some loved it, not in the least Parade Ground itself. For them it’s very important that Sanctuary sees the light of day as this is the beginning point where Rosary ended. The release is on a tape, on 30 copies only and available on Other Voices Records which previously released A Room With A View that features some unreleased tracks by Belgian’s finest.

Sanctuary is superb, but demands a lot of efforts. That is indeed not so logic these days, but if one of the pioneers (not to mention the words inventors) of the minimal synth scene demand, then you have no reason to say no. Perhaps the fact that Parade Ground is mainly known for its minimal synth can be the reason why not many people dig this material as it comes close to what Wire did in its Document and Eyewitness-days.

Most of the songs have a repetitive structure that is surrounded by an intense wall of noise of banging drums and distorted guitar sounds, complemented with Jean-Marc’s intriguing voice that sounds like a lament.

You can describe it as the terror of my mind, the pain you feel when you voluntary smash your head against the wall, the sort of anxiety you feel when your brain is blocked by some obstacles. This is music in its most individual form. It’s art, but it feels like a cry of trepidation. If suicidal art exists in a musical form then Parade Ground created it on Sanctuary.