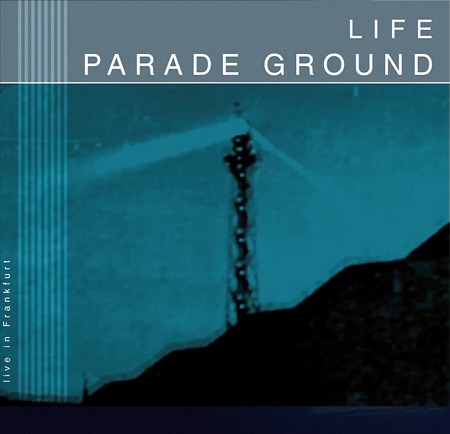 The EBM and electro-wave legends, Belgians finest Parade Ground, have just unveiled their first live album-Life [Live In Frankfurt]. After three-decades into their career this is an album which has been a long time coming, for fans it is well overdue.

The eleven-strong set, recorded in 2018, includes five new tracks, live versions of songs from their forthcoming album along with several fan favorites. What is a positive aspect and perhaps a testament to the strength of the band is how the new and old material meshes together seamlessly.

The older, and classic tracks such as “Gold Rush”, “Moans” and “Strange World” ignite with a fresh intensity. Acting as an almost greatest hits for new fans plus a showcase of advances forward in recent material. What is the most interesting point of this release is how well they come across on stage, surprisingly they have not ventured into the live album sector before.

Ultimately Life [Live In Frankfurt] is a rewarding album, it appeals effortlessly to both hardcore and new fans on the discovery trail. The only quibble might be a larger set with all classics, but then again this is Parade Ground’s first live outing so they may perhaps be more to come.

Released on VUZ Records, available via