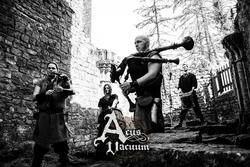 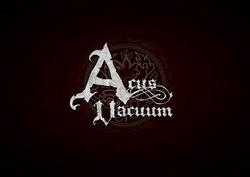 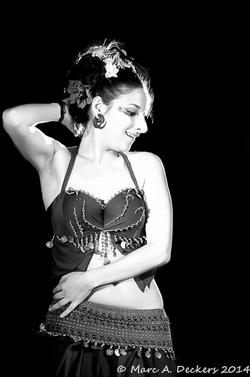 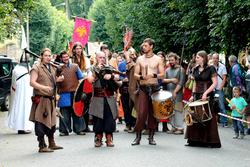 it's a very great adventure to be part of Trolls et Légendes!

Acus Vacuum is one of those surprises for Trolls et Légendes, you might even run into them! I was fascinated by their sound and name, and I took some time to ask a few questions...

First of all, who are you?
I'm Simon, and I'm the leader of Acus Vacuum. We have 4 musicians in the band: Charlotte (bass drum), Steeven (bagpipe), Pierre (drum) and me as the second bagpipe player. We play on medieval bagpipes that I make, called Charmuzelles.

When did it all started?
Well, everything began a few years ago (4, I think). I played in an pure medieval music band and after some time, I was a bit bored: always hear the same music that all the bands play... So, I decided to set up another band with my brother. He helped me to set up the Acus Vacuum project. We first played just the two of us. After that, I wanted to have a complete band and I have enrolled Charlotte (my girlfriend) into it... Then we met Steeven and he joined the band in 2013... Sadly my brother had to leave the band because of professional reasons and we found Pierre last year to take part of this adventure!

From where the name? What is the idea behind the name?
For the name, I wanted something that sounds serious, but with a funny twsit/idea behind it... The name means "the empty pourses".

You will play during The Trolls & Légendes festival in Mons, can you tell us more (when, where)?
We will play on the market during all the week-end and every day, we will play a complete set on the new outside stage (saturday at 5pm and sunday at 3:45 pm on the stage).

What can motivate people to come and see you?
When we play on stage, we have the habits to offer a bottle of home made Hypocras (medieval aromatised wine) to the most motivated group! That always motivates people! We also have our beautyfull dancer Audrey, as a huge asset to get all the males' attention

Who do you want to meet and greet?
We all would like to meet many artists, Eluveitie, Corvus Corax, we will share the loge with Huldre! We also have many friends to visit during all of the festival, bands, writers...

Do you create your own clothes or do you buy them on medieval markets?
Charlotte designed them on paper and then we ask a tailor to make them. All the leather stuff is home-made.

Where did you play before? Can you tell us about special places you have played?
We played many places before Trolls et Légendes. We often play on medieval markets and festivals. Last year we played for the first time on stage at "les Anthinoises " and that helped us a lot to get the level up with Acus Vacuum!

Do you have more than the snippets we get on Youtube? Plans for a recording session?
Well, there are many videos on youtube, but we should get (may the gods hear me) our cd out for Trolls et Légendes! But that is supposed to be a surprise!

What will the future bring? I'm not a medium, but I hope many good surprises, many festivals, and all the best we could hope for!

Thanks a million Filip ! Hope we will meet you there !

STAR INDUSTRY • Well, when I read the first reviews and comments, I think that we can be very happy.
THE SPECTORS • Song writing should be spontaneous.
LIZARD SMILE • Goth music has never been extremely popular in our parts - and certainly not in Antwerp
ATARAXIA • We all are one and separation causes blindness and had a destructive power.
NAHEULBAND • I hope we will continue to play in Trolls & Legendes for a long time. It is the best event I know, with the perfect balance between all the things I like : gaming, music, books and fantasy !
AHRÁYEPH • In Belgium, music always seems to come second or even further down the list of priorities. But not with me. Music always came first and it still does.
FEUERSCHWANZ • Feuerschwanz means cock on fire! Hell yeah!
EUFORIC EXISTENCE • Don’t try to be original. Don’t try to copy another. Just do your thing.
QNTAL • QNTAL returns with new energy!
LA HORDE • We will have real dragons, real giant monkeys, real naked nymphs, real musicians & real NEW SONGS on stage!