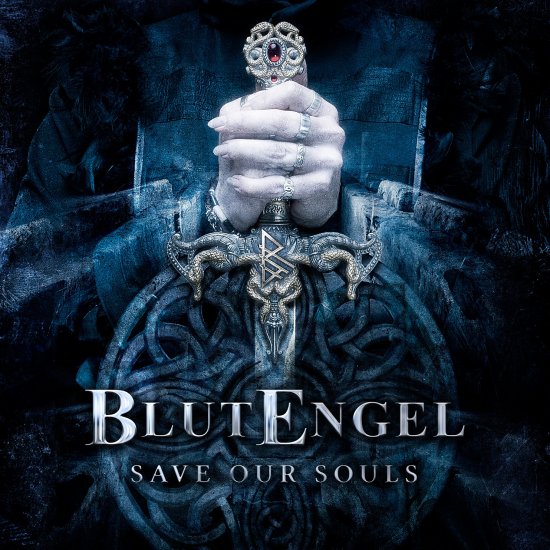 Save Our Souls EP

No one could have expected that Blutengel would become the biggest Goth band in Germany ever. Anyway, after he [who?] left Seelenkrank, the trio scored hit after hit. It really looks as if Pohl, Ulrike Goldmann and Anja Millow managed to find the golden formula (which they never seem to forget, as well). But why change a winning team?

They come up with a melody that stays in your memory after you’ve heard it a few times. They add to it an irresistible beat and bingo, you’re hooked!

Personally, I was never that much of a fan, as their music sounded just a bit too simple for my taste. Not that I'm a difficult person, but somehow it sounded a bit too artificial to me. However, this is not the case with their new single, as I find it a blast. I really like that song! It has an 80’s-touch and it's the type of song you can keep on playing.

This song is delivered with two remixes of it and another track “What You Get,” which I think is crap.

Same genre: GOTHIC
THIS VALE OF TEARS • This Vale Of Tears
KILL SHELTER • Asylum
THE BIRTHDAY MASSACRE • Fascination
TWO WITCHES • The Undead
DARK • Nightmare
JESU • When I Was Small
DAVID J HASKINS • Missive To An Angel From The Halls Of Infamy And Allure
VARIOUS ARTISTS • DARKSIDE OF THE CON III
THE SISTERS OF MERCY • First And Last And Always
ALIEN VAMPIRES • Evil Twin Ep