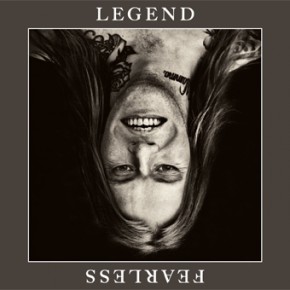 Thanks to the electronic revolution, we receive around 30 CD's per day in our mailbox. Some might hail the fact that through this technological advancement everybody gets heard, which is a lie anyway, considering the truth is that we’re drowning in the huge heap of music on offer.

Well, one morning I got a mail from my friend Jacek, who runs the very fine Artoffact-label (you owe me money for writing this!), asking me whether I had had the chance to hear the latest CD by Legend as, according to him, this was something special. If everyone thinks the record one releases is something special, why else release it, n'est-ce pas?

Nah good, Legend is something special. They're from Iceland and tell us this: how many electronic-industrial projects do you know from Iceland which draw such comparisons to Depeche Mode, NIN, and Project Pitchfork as they do?

Also, the band's front man, Krummi played in a punk-rock act Minus, which released albums on Sony and One Little Indian.

But Legend is the new beast and the music is difficult to describe. Some songs sound like Mogwai’s songs being performed by Project Pitchfork, if you could imagine that. You probably don't know what I mean, but the atmosphere of this electronic album holds a strange danger. Sometimes it's noisy as hell (think Skinny Puppy-ish, even), but then you hear a melodic track like “The City” that you can whistle to while showering. Not that we're taking showers with music from Legend on, but we could. Anyway, this one’s a good electronic tip!