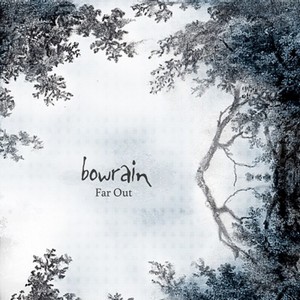 Tine Grgurevic (BOWRAIN) is a musician based in Amsterdam and released this album in March. “Far Out” is probably more dance-oriented than most of the reviews on PAB, but the feel has during the somewhat haunting ’Breathe’ more similarities with - for instance - (dark)ambient or industrial than expected. Best song of the album is however ‘Think Twice’.
The basic rhythm of ‘Breathe’ is kept, but is filled with more and different sounds. Especially the sultry female voice and the song creates that special feeling we know from acts like Delerium, Faithless or a light version of Massive Attack.
The following songs ‘Fresh’, ‘Now’ and ‘Far Out’ keep the same spirit, but are sounding more open and transparent. There’s a slight downside to this album as well. The last song ‘Flying Light’ keeps the same rhythm way too long and that for almost seven minutes. Although it’s fun to end with the same rhythm as the start of the album (with ‘Words’) the song keeps to one-dimensional.
“Far Out” is however a great start for BOWRAIN.