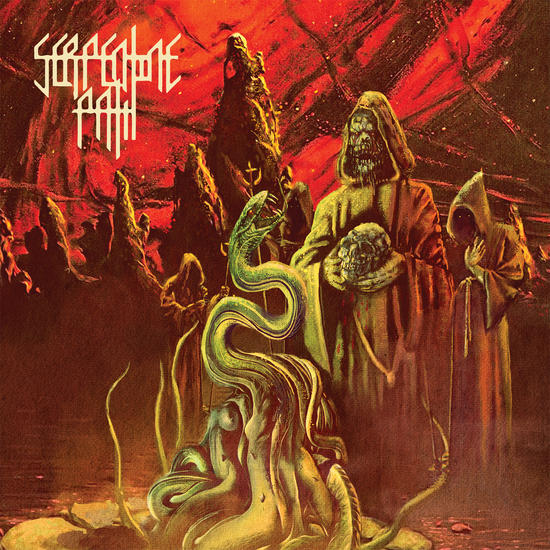 This is a strange band, a bit like Conan. Coming from New York this doom band brings the most dark things out! 7 Tracks and most of them are pretty epic. For me the tempo was a bit too low, but I suppose it's like some electro, neofolk and industrial projects: real fans of the genre love it! I was just curious, temped by their own promo talk: 'Vicious vocals combine with downtuned guitars that rip out punishingly killer riffs to create an overall evil vibe that’s equal parts Paranoid and Severed Survival---Serpentine Path is way more than just a super group of underground icons, they are one of the best new death/doom outfits to emerge in many years.'

So it's not my taste, I need speed, a higher tempo, but the athmosphere was there, so I can imagine they have lots of fans...