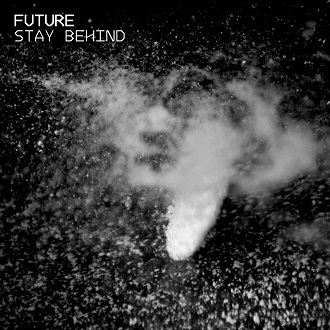 It's a 4-tracks cd including two brand new songs, the aerial and desperate "In Your Eyes" (love the synths and guitars, but the voice could have been less "in a cave". The sound somehow reminds me of The Cure or The Essence at some point) and "Stay", a dark-into dancing anthem soaked with reverb and noise (with a clear retro sound and some known hooks, clearly influenced by a lot of bands from the 80's), and two remixes by minimal-synth artist Harshlove (member of synth punk band Strasbourg) and darkgaze producer Avgvst.

'Skylights (Harshlove remix)' gets nice beats and changed it into something that is ready for the dance floor, but I wanted them to work a bit on the voice and take it away from the cave-sound (and that didn't happen). The chaotic noise vibe in the end gives it a nice conclusion, but the song should have stopped 30 seconds earlier.

'In your Eyes' (GS-01 remix)' is despite the noisy start a better version than the original. Love the electrocuted minimal synth wave version!

The whole ep has been produced by Avgvst, designed by Myriam Barchechat, with photographs by Damien Lafargue (from the collective Get the Picture Photographers) and Fabien Chombart, the EP goes with a limited edition cd packed in a hand-folded hexagon sleeve.

Once again I discovered an unknown to me band! So now it's up to you if you want to discover this one or not...

For me it was nice reviewing it and a change of mood between the other reviews I did before this one...

here's the bandcamplink, if you want to get it...

Same combination of genres: NEW WAVE + SHOEGAZE
WINKIE • One day we pretend to be ghosts
THE SOFT MOON • The Soft Moon