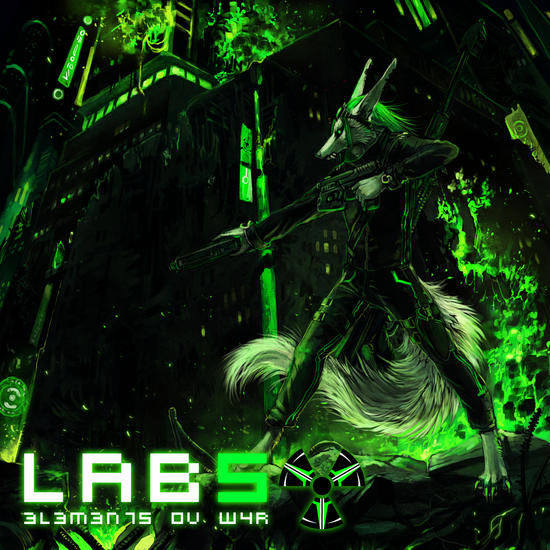 Laboratory 5 is a collaboration between Max|Static from the UK and Technomancer from Norway who have been working together since 2008, both having worked with FL Studio since 2004. As implied by the name, the goal of the project is to make music without limits and trying to find the right chemistry.

This release is the new single 'ELEMENTS OV WAR' somebody called it drum step. One thing is sure: the chemistry between both artists is nice and creates a new sound) which has been remixed exclusively to showcase the new updated sound. There are also 3 additional remixes by Technomancer (this version sounds harder than everything I have heard of Roy before this one, a nice one! The typical synth sound is still there, no worries!), Ion Plasma Incineration (is somehow too slow to really keep me captivated) and Supercraft (sounds a bit like the soft side of Technomancer) as well as 2 previously unreleased mixes exclusive to the single (the 'Alpha Prime Instrumental Drum step RMX': the name says it all! & 'Psychosis Mental Decay RMX by Max Static')'!

This new single is mastered by none other than Martin Bowes (Attrition) and featuring beautiful artwork by staple artist Nichole Berry aka Tatchit.

Hell, yeah! Give it a shot!