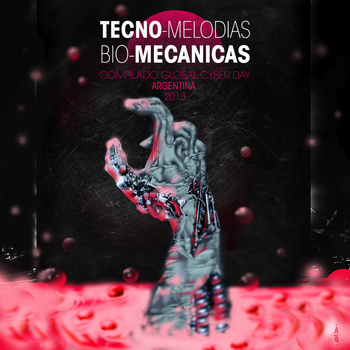 Underground Latin-American electro scene is expanding and growing since the beginning of this century. A lot of bands and projects which saw the light (in Argentina and close by), spread their music using the advantage of internet and its possibilities in social media. Usually these kinds of projects don’t get the opportunity to be known because of the cultural mainstream and popular tendencies that fill the press and other media with their topics and underground scene works in little and amateur sites. These questions could be similar in underground scene in all the world, but the difference is that Latin- American scene has a few amount of audience in comparison with the number of population of Europe, mainstream in Latin-American is more powerful and his firing range is bigger than Europe, in other words, mainstream rules in Latin-America.

So, each Latin-American project has a bunch of obstacles to be released of , I mentioned just a few aspects of these problems, but the reality is that it has a quiet of different problems , but I don’t want you to get bored reading about conflicts. Anyway we are glad to support the scene in this area of the world.

From South America, Argentina we want to present you a compilation of music from this country. You’ll find great variety: electronic music (IDM, EBM, Dub set, Electro-Pop, Synthpop, Techno- house...) Many bands and special projects. With different styles, and audience but in a same release brings a real map about how is the scene in Argentina, and in Latin-American in general.

Produced by Joel Hurtado Portela, from Argentina in this compilation you can find songs, covers and remixes from artists like " Cosaquitos En Globo". Patokai", " Sincronismos", "Nexus 6" and others bands which are strong in the Latin-American under scene. Celebrating the "Global Cyber Day" this movement foster the union to the musician, bands, Djs, Artists, in this zone of the planet. Reviewing 24 tracks could be bore you. There´s no a concept or a unique criterion to review, as I mentioned before it´s a collection with many artists. So I just want invite to you to listen it , and enjoy music from South-America, maybe many of our readers don’t know about South-American music, or they aren´t updated to the scene of this place,. anyway I´m pretty sure that many people will have a surprise with it. Even it could be a nice Spanish lesson if you are interested in learn this language.