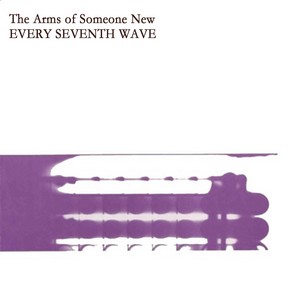 THE ARMS OF SOMEONE NEW

It’s remarkable that a re-release of a song from 1989 still can compete with releases of today. Is it the lack of progress in the (dark) wave music or is it a ‘sign of the times’ in which wave is hip again?
Fact is that ‘Every Seventh Wave’ is a succeeded, danceable song with lovely 80’s synths and an equally screaming electric guitar. A slightly distorted voice completes the picture. The two semi-ballads ‘The Sense Of An Ending’ and ‘Everything At Once’ sound too much alike, but it proves that The Arms Of Someone New got a lot of quality. It’s only the question if the band could have impressed a full length album.
No idea why they re-release this EP, but it fits perfectly in the current period in which wave is more and more seen as an important inspiration.