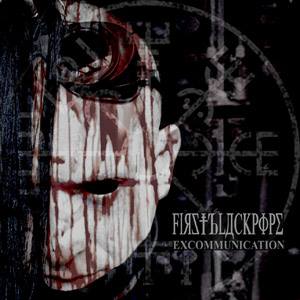 This album sounds like every typical and average dark-electronic/hell electro album: nothing new, nothing innovative! The sound and the vibe are cold as ice, harsh, violently evil, but yet feel it's not violent enough to be real. I feel some tracks can be faster and harder, for sure near to the end of the album. I feel somehow that the energy war running low near to the end. I might be a bit harder for this one, after reviewing 10 cd's in a row from the same record company, but I simply feel that there are so many fishes in this pool... that you really have be a topper to catch my attention. The music is not bad at all, but harder and faster would have been a better way to explore the lyrical hell and exploit it a bit more. I also feel there should be more crafting on the vocals in the studio, make them harder and sound more like hellish! If you create or want to create something hellish, the auditor needs to feel it, sense it and be afraid of it. I just nodded a bit my head and said: good beats. And this is bad, sorry to say. We already have great artists like Suicide Commando and C-Lekktor! Don't copy them, find an innovative way or work hard and make me believe in the project and the philosophy behind everything!

For the rest: nice name, but that's all folks...