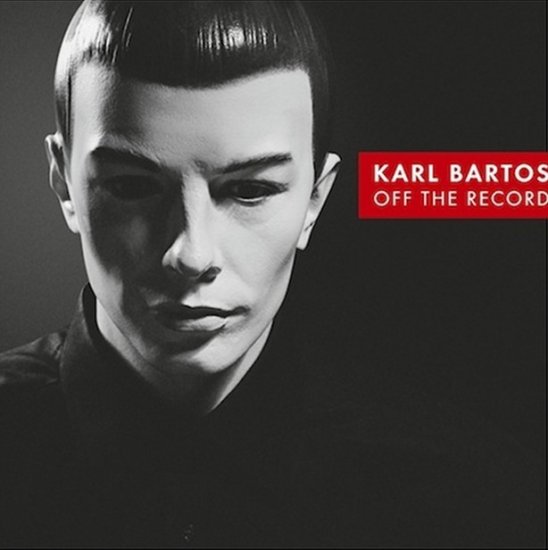 Here at Peek-A-Boo we really like all those Kraftwerk-clones. Some months ago we hailed the Belgian Metroland who are indeed (excellent) copies from those musicians in Dusseldorf. But still, if there is one musician around who has the right to sound as those musical robots then it must be Karl Bartos. Until 1990 Karl was a keymember from the German electronic pioneers and so he was part of classical albums that would change the face of music forever.

During the high days of the Kraftwerk-success Karl created Off The Record that has been described by the legend as a secret acoustic diary. Till today the compositions have never seen the light and even more, they all have been reconceived and re-contextualised.

The opening song Atomium (named after the monument in Brussels) couldn’t have been stronger. Due to the vocoders, you immediately think of Kraftwerk. But, so what? This is without any doubt the song that could have been on The Man Machine or in other words: a perfect (forgotten) classic. And there are lots of other tracks which are sounding reminiscent to Kraftwerk, even very weird pieces of music! International Velvet is sublime, but can be best described as the result of what happens when you put James Last in a spacelab. Yeah, that strange!

But there’s more as you can also find some 80’s-gems of this record that have a bit of a Neue Deutsche Welle-touch. Perfect examples are Nachtfahrt or Without A Trace Of Emotion.

Off The Record offers nothing new, and you hear from the very first second that this is a Kraftwerk-product. In the case of Bartos, this only works as an advantage. Essential release.