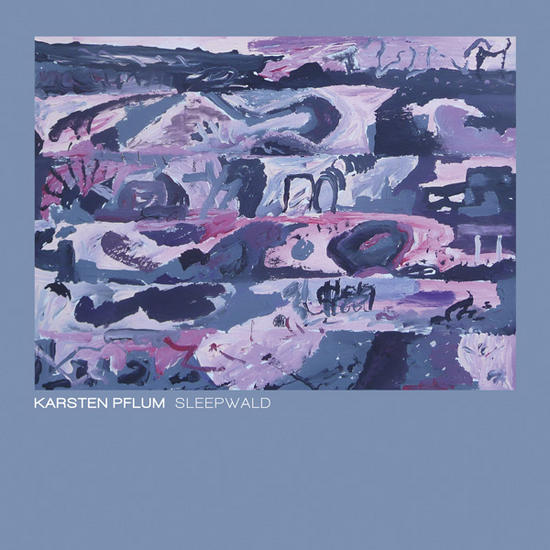 A new album for Jacob Helverskov Madsen on Hymen Records. After releasing a few albums on different labels, he seems to have found a home for his music, and what a home it is! His previous work on Hymen ("No Noia My Love") mostly felt weird and demanding with its combination of glitchy idm and dubstep/ambient. Still, after checking it out once more, I do like some of the songs and can appreciate the overall warmth of the album.

So now there's "Sleepwald", a name that evokes a colder and more downtempo soundtrack. And from the start it is, "Sleepwald 4" and "Diggers" could have easily been part of Hecq's/Nils Frahm's "Restive" soundtrack. "Vere" is more uptempo and funky, boasting positive feelings. Crystal clear tech idm is found in the dreamy "FM Sleep".

But from the fifth song on, it's melancholy and quirkiness. If you like the LSD albums of Coil, then you will love this. The rest of the album is all about a spooky hike through the misty, snowy Danish forests. "Ubaad Ramp" sounds a lot like "Her Friends The Wolves". "Plim Mill Wall" reminds me of an instrumental version of "Who'll Fall?". Not as good as "Stolen And Contaminated Songs", but still a good album, perfect for those warm and sweaty,.. errrmm cold rainy nights.