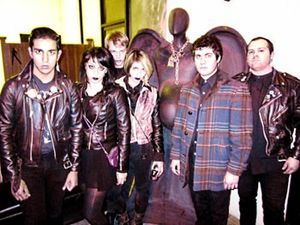 A Pact With The Devil

A Pact with the Devil 2013 was Californian band Catholic Spit’s first full LP. The band are a six piece playing fast Death Punk and have played gigs with the likes of Fangs on Fur and (half of) Christian Death.

Singer Ericka has a lovely aggressiveness in her vocals. It’s great to hear a woman really scream into a microphone while being clearly feminine in her singing. Her voice is a bit like Becky Bondage of Vice Squad, but has more humour, contempt and scorn in it. The lyrics range from surrealist isolation, S&M to religion sometimes touching on all three at the same time (they’re called Catholic Spit after all.)

Keyboards and echoing baritone guitar create an eerie feel and are dragged along by juggernaut of bass, guitar and drums. There isn’t a whole lot of variation in the baritone/keyboard combo, but with only 7 tracks it doesn’t have time to get boring.

Their album is name your price (including nothing) through https://catholicspit.bandcamp.com/album/a-pact-with-the-devil-lp or you can order one of the 400 LPs by mailing badtouchrecords@gmail.com which come with a spiffing 16-page z-ine. 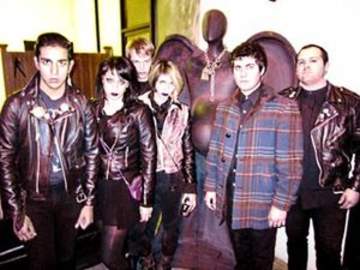 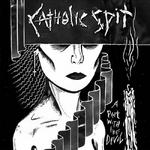 Same genre: GOTHIC
THE BIRTHDAY MASSACRE • Fascination
DARK • Nightmare
ANTHONY JONES • Farewell To Flesh
JESU • When I Was Small
DAVID J HASKINS • Missive To An Angel From The Halls Of Infamy And Allure
VARIOUS ARTISTS • DARKSIDE OF THE CON III
THE SISTERS OF MERCY • First And Last And Always
ALIEN VAMPIRES • Evil Twin Ep
SIOUXSIE AND THE BANSHEES • Juju
VIRGIN PRUNES • Hérésie