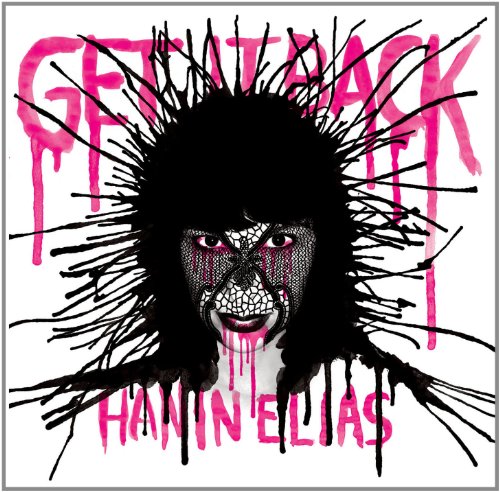 We know that they’re not everyone’s favourite but one of the most ground breaking bands from the 90’s surely must be Atari Teenage Riot.

At Alec’s side we saw Hanin Elias shouting her lungs out and with “Geit it back” we got the long awaited return from this Riot Grrrl.

On this new album (just as we hate to say comeback) we see Hanin finding a bridge between her typical hardcore style and some new areas she’s exploring. Hanin used to live, the last five years on the French Polynesia on some island. Over there she was working with a Chilean musician, Diego Sagredo, who invited her for some some shows in Santiago.

The result of this has become one of the strongest releases this year and if we told you earlier that Martial Canterel made one of the albums of this year so far then we definitely can add Hanin’s album to this.

On titletrack and opener “Get it back” our fave female shouter gets the company from Marcel Degaz (Die Krupps). A song that makes you think that Hanin has rediscovered the 80’s as well and, just as we wished for, this is indeed the spirit of this whole album! We even would go so far to say, that in tracks like “Dead eyes” and “Future Noire” (featuring Tying Tiffany!) has turned into Miss Kittin’.

There’s even some room for good old pop as in “I want you”, Hanin sounds as sweet as Anita Lane. Still the pussycat from you’d better be aware of her claws as on “Do you know”. She’s not only revisiting her old Atari Teenage Riot-sound but she also didn’t forget a statement better has some balls, or what do you think from: “They want us to sing a refrain, but in the end they don’t give a fuck”.

Now, to all you Baudelaires of this century: this is what I call poetry. Bring da noise!