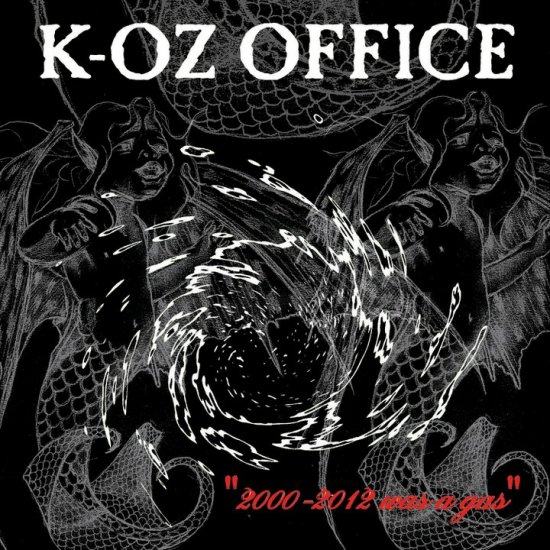 K-oz Office sent us an incoming hit from a meteorite! This is for real a best of! I always loved Floch's voice: a mix between Nick Cave (Birthday Party) and Bauhaus topped with some industrial Punk attitude! I know a lot of bands who tried to imitate Bauhaus and almost all of them failed (some even where such a big epic fail that Jesus Christ would have fallen of his cross), but here we have the exact copy of the original. And yes: 'Jesus Christ' is a song on this best of (more punk than ever before and with the vocals of Alexander).

One I love for sure is 'Always look on the Darkside of life' and I think you can figure out why? A 'Bloody joke' right? Love the electro retro sound on this one, only downside is the recording quality on this one (a bit too raw). 'Orange and apple Green' is just as 'Scruffy Scrounger'' a great song with a lot of potential (love Reagan's voice in addition to Floch).Real Punk in 'Dhope' mixed with some metal, really trashy and it's not coming from the pope of dope! 'Death to humanity' is really a must have for Bauhaus fans, it sounds like an early demo of the great one: raw and powerful!

I really wish that FLoch finds a good studio and a good record deal for the next 10 years, because he and his friends really deserve more than what they got so far! So thumbs up and fingers crossed!