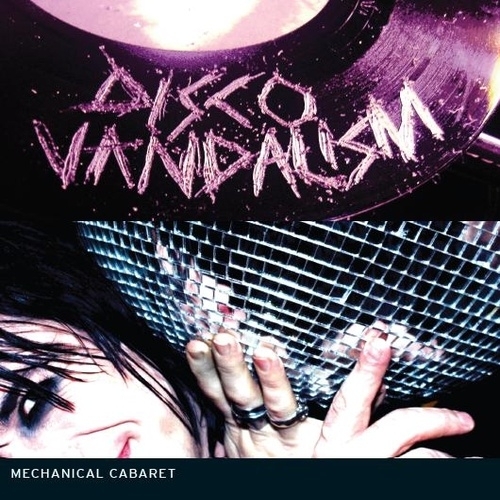 One of the best kept British secrets must be Mechanical Cabaret, a band that made its first steps in 1999 and is based on the music, lyrics, voice & electronics of Roi Robertson.

Apart from being support for lots of great acts, he also did remixes from established bands like Nitzer Ebb, Komputer, Client and Mesh.

This glampop band has its cradle in London Soho, especially at the famous Madame JoJo's, are now releasing their fourth album and the title couldn't be any better as this is indeed glampop-rock seen through very British eyes.

Perhaps we are the ones to blame but we couldn't help thinking that a track like "See Her Smile" is like Suede wrapped in some future-pop coat and however silly the description might be, we're still convinced that Mechanical Cabaret's music could attract these two crowds.

If you don't believe us then you can perhaps check out "GBH" which is future-pop to the core and apart from Adam Ant's "Desperate But Serious", is the most outstanding track on here.

Roi might be in love with his boa but it's clear he gives more about synths than guitars which results in a nice minimal synthgem like "Cheap & Nasty" or "It Will Come Back 2 U" which doesn't only contain the typical Prince-writing, it sounds 80's as well and yes even a bit like Alphaville meets Soft Cell.

"Disco Vandalism" is indeed the perfect record to play in decadent British nightclubs but at home it works too. Now, where's that mirror?