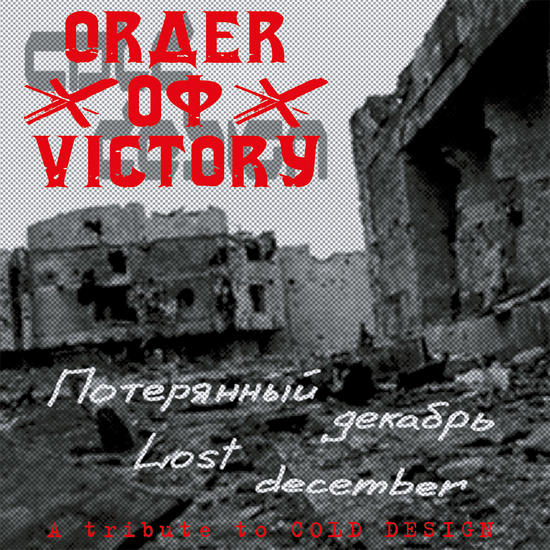 Last year, the Russian military folk band ORDER OF VICTORY surprised with its album “Memento Belli”. With “Lost December” the band looks back to its former project Cold Design, to celebrate the tenth anniversary. The result is a collection of two, previously unreleased tracks (‘1986’ and ‘Well’s Bottom’) and four earlier released tracks.

Since a lot of people will not be acquainted with the work of Cold Design, it is a great opportunity to get to know their music. It contains exactly the same elements as ORDER OF VICTORY, or at least the selected and performed songs sound as on “Memento Belli”. Military inspired dark folk with that typical (Russian singing) voice, but without the melancholic influences this time. Still, “Lost December” proves that ORDER OF VICTORY can compete with a lot of other dark folk bands. Their advantage is that their Russian singing and the Russian military influences, create a sound of its own. Listen for instance to the best song on this album, ‘Edelweiss’. “Lost December” has actually no weak moments, but it is less diverse than “Memento Belli”, due to the fact that we (only) miss a melancholic song with female voices this time. However, If you are into dark militaristic folk music, then ORDER OF VICTORY is a great band to follow.