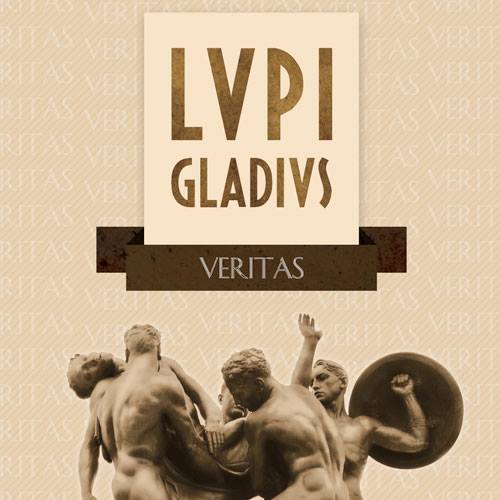 Lupi Gladius is a neofolk- martial band from South-Italy founded in 2002 with influences from Death in June, Current 93 and Sol Invictus.

There are only 8 tracks on this one and it all starts with an accordion on Sulle Rive Del Basent'. It sounds more like an Italian crooner performing at a school party in some small village.

L'Elogio Dell Alterità is a good neofolk-track, with this time the accordion in the background and a very nice acoustic sound. It reminds me slightly of Rome with better vocals. It doesn't help me that they sing in Italian, but at least it sounds nice.

Gli Ultimi Baglior' is sung by Sara Lux and has a darkwave-feel with a mystic touch. La Nuova Adunanza is a nice and soft neofolk-song with again that accordion in the back! In this one the vocals of Pietro Burzo really sound good!

Agone is an instrumental martial/dark wave track. Umano E Imperfetto' sounds almost sacred track with a choir and synths. Not a bad at all!

Nel Vento goes back into the acoustic sound, with Sara Lux on vocals. I Figli Del Tramonto is a nice finale, softly weeping you into a deep sleep.

Well, it's a good one. Not as great as their heroes, but you feel their potential and who knows...