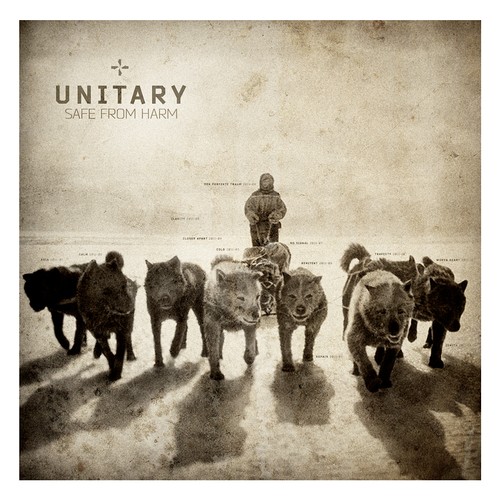 Yeah, we know it sounds like quite a monotonous song but with Unitary we present you another synthpop gem from Sweden.
Unitary is the brainchild of Uppsala resident Johan Hansson who was found in the spotlight of the first volume of the Infacted Compilations. After having had a vocal guest appearance on Frozen Plasma's "Ebb and Flow", it looks like with this debut, Johan is ready to put his own mark on the synthpop genre.
The beauty already starts with the cover and once "Cold" blasts out of your speakers, you know that Infacted is once again backing a winning horse under their synthpop wings.
Let's beat not about the bush.Unitary hasn't come up with the most innovating synthpop sound this world has ever known, as for a start, we don't think it's even possible within this genre.
The truth, however, is that "Safe From Harm" has an enormous fresh sound.
You get here twelve tracks that are balancing between classic synthpop (in a way quite similar to Mesh) and the better futurepop sounds from the likes of Covenant.
This can end up in epic synthpop dreams like the amazing "Der Perfekte Traum" or a clubby "Calm", even a Haujobb inspired synth anthem like "Aria".
"Safe From Harm" is a sublime record where you can taste the passion Johan bears for his synthetic dreams and more than a must for anyone who cares about the better synthpop.