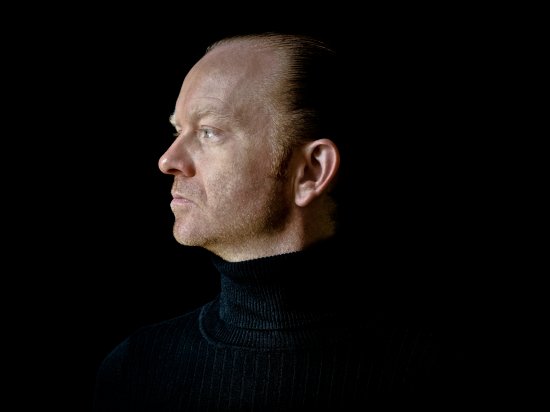 Once in a blue moon you get an album in your mailbox that you've been waiting for your whole life. ATOM™'s new HD album, which is scheduled for released on 18th of march on Raster-Noton, is exactly that!

This may well sound a bit over the top, so let me explain why I make this bold statement with such confidence. A long time ago there was a guy with a band named Lassigue Bendthaus, which released some of the best albums ever, exploring every corner of electronic music with such ease it sounded almost surreal. In 1994, he released Render on KK records, which included JKTV/Otaku, a song that defined a crossover style with elements of D'n'B (hardly existing at that time), IDM (nobody knew this then) and pop. It also included Polaire, a minimal masterpiece, glitching over a sublime arrangement. The whole feel of the album was reminiscent of Kraftwerk, but was molded into a form that was eagerly awaiting the new millennium.

Four years later, Uwe Schmidt, that's the genius' name, released Pop Artificielle, under the cryptic LB moniker. This album raised the bar for everybody wanting to cover a song for the future, boasting 10 covers in versions that easily surpass the originals. This is mainly due by an enlightened reinterpretation of each of the songs while retaining a very high quality standard; The Rolling Stones' Angie becomes an even melancholic song, Bowie's Ashes to Ashes is rendered into something that actually comes from outer space and John Lennon should have become a really Jealous Guy when he could have heared LB's version.

ATOM™'s new HD may be considered as a follow up of that exemplary album, but with new material, rather than cover versions. Between the previously mentioned Pop Artificielle and HD lies over a decade, which Uwe Schmidt filled with plenty of releases under a stellar amount of aliases, Atom Heart, Flextone, XOX crew and Senor Coconut to name a few.

ATOM™'s previous releases are as varied as they are intriguing, all lining up to this release, with a very honorary mention for 2009's Liedgut, a 21st century ode to noise, glitch and Kraftwerkesque sequences.

To me HD is the perfect album, it has everything you'd want in an IDM/experimental album but molded into an easy-listening experience. Well, at least compared to fellow label mates such as Ryoji Ikeda or Alva Noto. While it is of course experimental music, it is something that balances the experimental and the music rather well.

Something I've always liked about Uwe's music is that it is often self-reflective, Strom, for example, manages to encompass sound design decisions as they were stylistic elements, while displaying a keen sense of humor. Pop HD, is indeed a pop song in High Definition or on a Hard Disk, and Ich Bin Meine Machine clearly shows just how amazing a machine he is. (By the way, this is completely clear when you see ATOM™ live). I Love You, featuring an amazing vocal part from Jamie Lidell, is a funny ode to drum machines with a very Prince like feel to it, and if rock would actually be interesting these days, it would sound like My Generation, from which the Black Goose Revelation boys could get some pointers.

Stop (Imperialist Pop) is a critical, and very groovy, assessment of todays music imperialists, while Empty is a contemporary Video Killed The Radio Star.

In short, the album is one epic journey through artificial pop, blessed with the best possible sound design you can imagine, brought to you with such ease and commitment in groovy and funky arrangements that have become a trademark in ATOM™'s music.