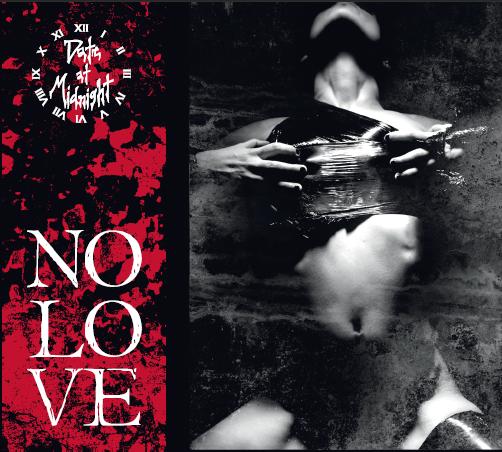 The music industry might be in deep crisis and maybe no one is considering to buy a record these days, but as long as there's a label like Manic Depression around, there's hope I think. You see, they're the kind of guys who release stuff which is coming out of their hearts, and not from their wallets. This small French label is even swimming against the tide as they're releasing coldwave and deathrock-albums and tell us, who is doing this in 2012? Only for this, they deserve respect, not?

The newest release is by Date At Midnight and just like 99.99% of our readers I had never heard of this Rome-based deathrock band, but their sound is very familiar. It brings you back to 1982 when bands like Sex Gang Children and Christian Death were masters of the airwaves (well, kind of). Their sound is nothing new, but the least thing I wanna hear if I put on a deathrock-album is a new sound, so there you go!

There are 11 tracks here. All of them have a coldwave-ish bass sound that comes from an old Cure-album combined with a dark atmosphere. Buy if you're into deathrock and if not try...it's never too late.

Next reviews
AUDIENCE KILLERS • Footprints And Hearts
THE IMAGINARY SUITCASE • Here's to those we could not save
MUSHY • Breathless
• Playback
<1979> • FM Interface
LED ER EST, MUSHY AND MATTHEW DEAR • Review of the concert at Beursschouwburg in Brussels on 28 November 2012
SYNTHETICA • The End Of It All
POPOI SDIOH • Before And After Party
ORGANIC • Under Your Carbon Constellation
VICIOUS PINK • Vicious Pink