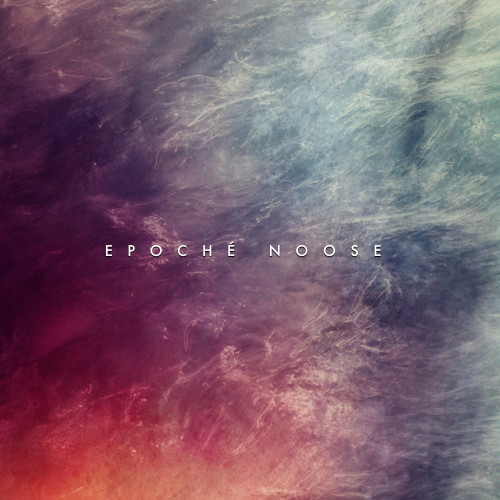 Estonian female fronted rock band Epoche has released a fresh single “Noose” from their upcoming debut EP. According to the vocalist, the new song speaks about the dark side of love: “By falling blindly in love we can lose our true path and ourselves. Getting stuck in emotions and imaginary worlds we feed an illusion and love can end up feeling like a noose around your neck.”

Epoche is a rock band mixed with pop and electronic elements backed up with strong female vocals of singer-songwriter Kai Anni. Together with the guitarist and co-songwriter Margus Kaare and bass player Hando Jaksi the band is slowly but surely making their way in the music world.

In 2012/2013 first two singles “6 Feet” and “Masquerade” was released, which got warm feedback from listeners. A debut EP will see daylight on 17th of June this year. The EP is recorded with musicians Kristjan Oden and Margus Tammela.

One thing is for sure: it's a slow grower. The more you listen to it, the more you get sucked into their unique world. It reminds me a bit of Garbage, but with a special twist. The voice is warm but with a melancholic undertone. I like the bridge halfway the song, the guitars and sound explosion near to the end. It's clear that this single has a great production team behind them. The soft ending is just perfect, as it makes you long to more!

Come again, and with more tracks!

Soundcloud link to the song: