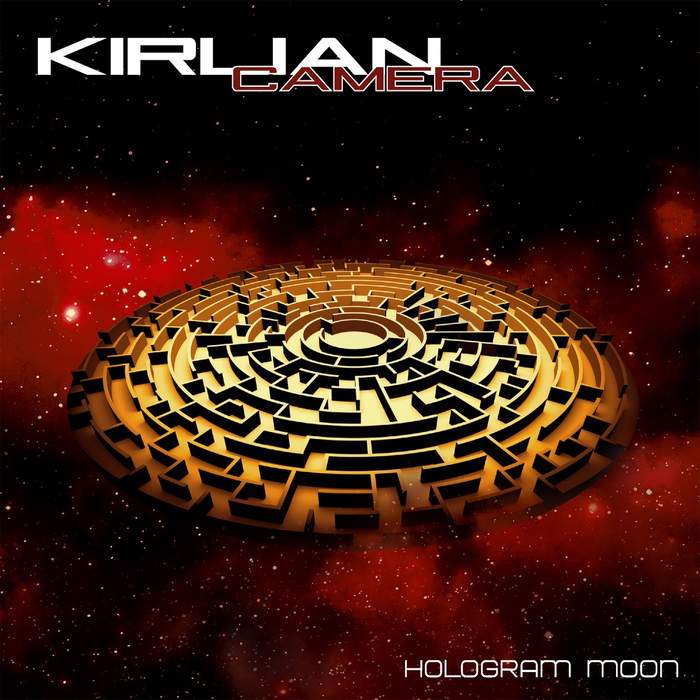 In October 2017, Kirlian Camera revealed the single “Sky Collapse”, written by Elena Alice Fossi and Angelo Bergamini and mixed by the legendary producer John Fryer. The song featured vocals by Elena and Eskil Simonsson of Covenant. The single was an overture to the upcoming album and gave a great insight into the overall feel and atmosphere of the latest Kirlian Camera release. Although the single speaks about unsettling visions, it showed great dance floor potential with the punchy beats and melancholic melodies. The song ranked high on the German Alternative Charts and I was rather curious to hear the rest of the material.

Hologram Moon reveals all the greatest qualities of this legendary Italian electro dark wave act; their songs are melodically rich with great synth arrangements, they are catchy, seductive, mystical and melancholic.

The album shifts from the more quiet and introspective moments to more danceable tunes. Such diversity makes the album an unpredictable and intriguing listening experience.

They open with “Holograms”, which is amazingly rich in harmonies and absolutely spectacular in the chorus. Elena's vocal interpretation is incredibly emotional and passionate. “Lost Islands” is another astounding melodic treasure; atmosphere is more melancholic and desolate, however such an emotional and deep piece won't escape your attention.

“Polar IHS” keeps the same melancholic feel but we can find an uplifting moment in the chorus. “Kryostar” is another dancy number besides “Sky Collapse”; the track relies more on the rhythm than the melody and is characterised by the punchy beats and trancy refrain. Songs “Eyes Of The Moon” and “Haunted River” show that the album can be perfect dance floor and/or home listening material. Kirlian Camera never fail to surprise us with their enigmatic and unique approach to making music. Neither was the mystifying album title chosen randomly: it fits the album's concept perfectly. Kirlian Camera refered to the conspiracy theory according to which the Moon would be a hologram instead of a satellite. They introduce the idea of the alternative reality which undoubtedly suits the band's music work and artistic expression.