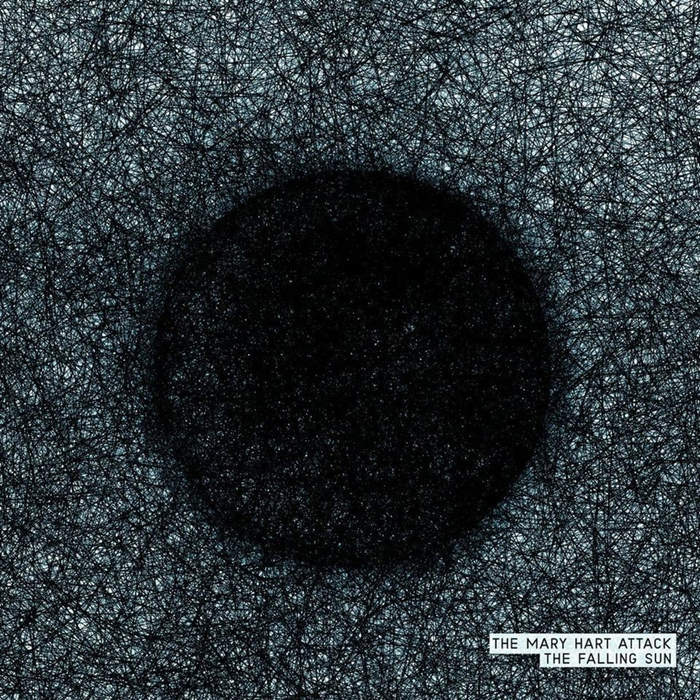 Studio band mates turned full-time gig, The Mary Hart Attack call themselves postpunk/shoegaze/drone. After listening to “The Falling Sun,” you know that the first and third of these claimed genres are spot on. This is too loud for shoegaze. "In Dreams" opens with a screeching guitar, looking at the sky, twisting, unsure where it will land. Then it circles, indirectly earthbound, catching air currents, soaring, plummeting, rising again. Vocals wash in and depart, more like shoved out by cacophony. Where "In Dreams" seems to overstay its welcome, "Death Comes With Your Eyes" leaves too soon. In it, the wall of sound gives way a just enough to allow the vocals to make their first real appearance. They are distant in both volume, tone, and affect, but that’s what these songs require. There is punk here. There is a 60s psychedelic sensibility last tapped into by early 90s alternative, think Levitation meets Mudhoney, only gloomier. The next track, "Spiders," is groovy and bluesy. The base line is very Beta Band, mellow and cool, but the solos are too muddled, notes trip over each other before finding their grounding once again in the baseline in the last minute. "All Wrong No Bliss" sounds like the band is having a conversation with itself. It’s crazy person yelling innocuous inanity on the sidewalk, again, loudly. That is not to say that it’s not enjoyable. In fact, it could go on, be the soundtrack for your day, drowning out your stress. "This Room" opens with sound effects of someone walking up stairs, down a hall, opening a door to a room where a music box plays before speedy notes and feedback come crashing down. "Starlight" is one of the highlights of the album, particularly for listeners that enjoy a noisy sort of goth, tinged by early The Jesus and Mary Chain. The last song "Face Throwing a Kiss" must contain subliminal messaging … the repetition of the phrase in an electronic voice for the first minute the song surely implanted some missive to be carried out at a later date. It’s a slightly annoying way to finish off an otherwise decent album, a last “screw you,” perhaps.

Same genre: DRONE
STAATSEINDE • Crazy Earthlings Collab Tape - Episode II
PHALLUS DEI • Black Dawn
DANIELLE DE PICCIOTTO & ALEXANDER HACKE • Perseverantia
NADJA • The Stone is Not Hit By The Sun, Nor Carved With A Knife
BLACKWOOD • As the World Rots Away
GLERAKUR • Can't You Wait
THORN 1 • The Leave of Leaves
MICHEL BANABILA • Early Works/Things Popping Up From The Past
RICARDO DONOSO • Quintesence
BE • One