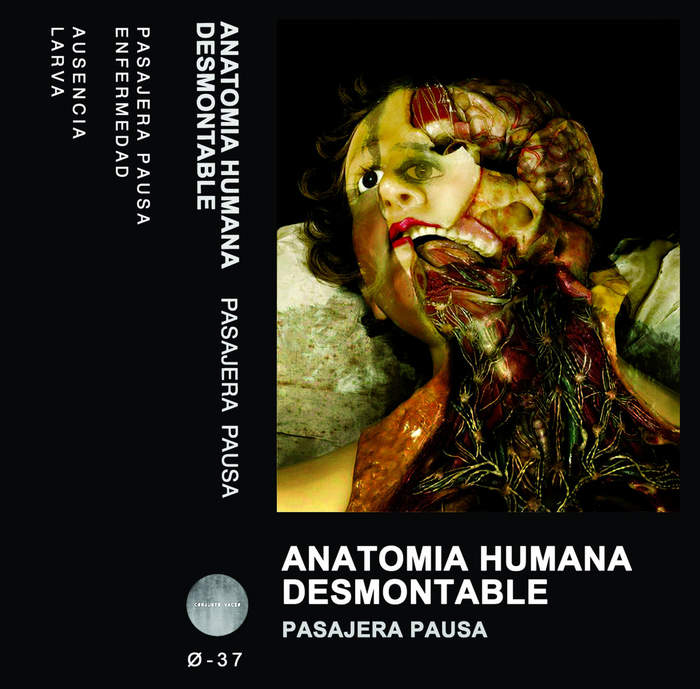 The tape label Cønjuntø Vacíø, from Barcelona, brings us this four track EP by Anatomía Humana Desmontable, the solo project of producer Laura Höldein. This is the third release by this artist (she also has an album and a split release), where she creates a dark little universe of her own.

These four tracks are built around analogue synths, sequencers and drum machines that definitely bring to mind early Industrial and Coldwave from all ages, though we can also hear the influence of Spanish weird, dark electronic music from the 80s as well. The vocals are in Spanish and they sound amazing, delivered with a perfect mixture of indifference and emotion.

The EP sounds like the soundtrack to a cyberpunk nightmare, full of sparse, cruel beats and murky synths. It is best enjoyed as a whole but if I were forced to pick one track, I would probably choose the album opener Pasajera Pausa, which even includes something similar to a melodic hook in it.

The tape can be bought directly from the label. Highly recommended, especially for fans of unpolished and truly dark synth-based music. 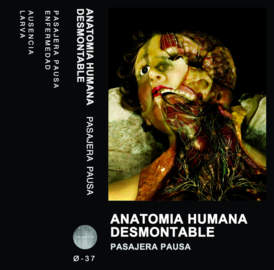 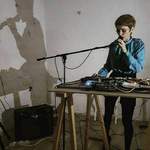