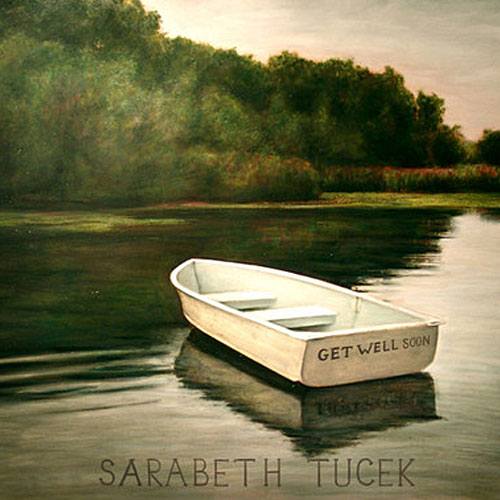 The British Sonic Cathedral is quite known for its shoegaze-sounds but with their latest release from Sarabeth Tucek it looks like they're exploring some new areas but it stays indie with a capital I, even if this American lady isn't a newcomer to the label.

Sarabeth is an American singer-songwriter who decided to start making songs the day she met Anton Newcombe from The Brian Jonestown Massacre.

Well, you have to start at some point, but through this she got in touch with people like Bill Callahan and soon she was picked up by Sonic Cathedral.

Not only is Sarabeth's music not exactly the happiest of things, as more than once you start thinking of Cat Power and Soap & Skin, but her second album "Get well soon" deals with a quite unpleasant time she's been through, as this is about the death of her beloved father and how she learned to live with that loss.

Not that it makes us happy to say, but it's always the tragedies in life which makes artists come up with their strongest efforts and that's the case with this album as well. From the very first notes Sarabeth grabs you by the neck, not in the least by her intense voice.

Sarabeth Tucek is a very good proof that female singer songwriters (even if such a classification is an understatement) still can convince us these days. This woman has had to give her inner soul away for this, but at least she made an album we won't forget that easily.

For fans of the above mentioned artists : a tip!