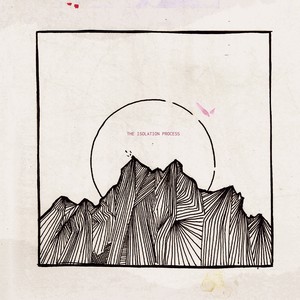 Somewhere between the sound of Paradise Lost, during their “One Second” and the current Katatonia you will find the doom oriented rock from the Swedish The Isolation Process. Impressive heavy guitar riffs, a mind-blowing production and perfectly fitting vocals from Thomas Henrikkson. The Isolation Process proves to have it all to create an entertaining heavy and explosive record. Although songs like ’A Simple Gesture’, ‘It Will Burn’ and semi ballad ’Underneath It All’ sounds like Paradise Lost 2 the band has more to offer.
The first indication is the psychedelic instrumental ‘Inhale’. Other songs, with the more Katatonia approach, are the nicely written ‘The Dead End’ (with a nice quiet part in the middle) and ‘Nothing To Collect’ that clocks over nine minutes.
It’s only a shame that this last song in the middle can‘t impress, because the start and especially the end sounds impressive. Nice album for those who are into the mentioned bands.