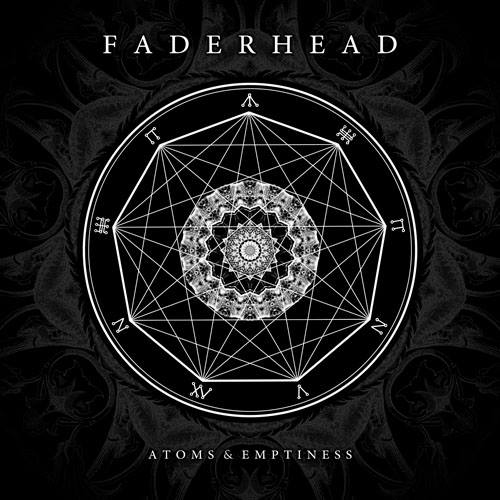 Faderhead is becoming one of the best club-acts! With the help of Daniel Myers & Mister Visconti (XP8), can't be lesser than a beauty! I pointed out the resemblance with Robbie Williams in the past & it still stands for me, but I know that not everybody agrees with me, maybe because Mister Williams is simply not able to make this kind of great clubbers?

I also love the second voice in the songs it really adds this extra thing that sometimes in not there on certain records!

I absolutely love the club tracks like "Stand Up" (love the mix of the 2 voices: like the beast and Robbie Williams on a sexoverdrive, really nice beats and a great clubber), "When The Freaks Come Out" (great vibes, great beats, great warm and well worked out sound, nice vocals, the lyrics might be talking about some creatures of the night hunting club land, but then the roaring alarm reminds me more about the second world war? On this the mix of both voices is simply great) and "You Can't Resist" (this one can become a full clubber in another remix, it has everything to become it, it just needs a higher tempo and there we are...) which are fluently mixed with future pop songs like "Champaign for the real pain" (where again the screaming beast is mixed with the cool Robbie Williams minded voice in sexoverdrive and it keeps me moving while it plays, love the sound and the nice mixing giving it a warm sound), "Someone Else's Dream" (it's a false slow one and I feel that it can become a real clubber in another mix, love the lyrics and the warm sound and great electronic drums) and "Every Hour Kills" (written in cooperation of Daniel Myer from Haujobb and gets a real Euro pop sound with a cool and restrained voice, love the beats on this one too)!

One of the strangest songs is for sure "Trough this Pain you Heal" it reminds me of some Front242 track (only the beats, some parts of Happiness in the live version" and feels like as if it's starting up, but never really explodes like the Front242 song), it somehow has something mysterious that keeps you captivated.

There is also the false ballad like the title track "Atoms & Emptiness" (a nice one, but not the kind of ballad to dance on and fall in love with your dance partner, it gets a bit bombastic at some point), the other slow one 'I Forget (somehow this is the only song I tend to skip) and '"Anti-paradise" (sounds like the hangover song).

The real ballad is the end song "My heart is safe".

I'm happy in the end that the auto-repeat is on and that I start over with a great clubber and the live vibe of that song! It wakes me up after the nice end song and gets me back on the dance floor!

I found more than enough clubbers to get addicted to this one, I hope you are too! This new record promises a lot of energy for the live gigs!

They are also working on a video for the song "Stand Up". Mia Castello (from the "Black Friday"-shortfilm) is working on it, just as partner in crime Konsul Kühlsen. "Stand Up" is the first track in the preview mix of the upcoming album.