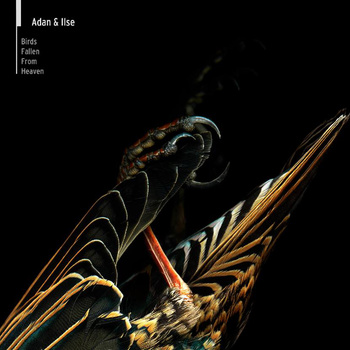 Life is nothing but coincidence I think. At Peek-A-Boo we introduce small unknown bands as unknown pleasures. Of course because of Joy Division, but it seems that there’s a recordlabel out who’s doing the same…naming themselves simply Unknown Pleasures Records. Well….

By another pure coincidence (a message on the Facebook by Sonic Seducer) I discovered a band (well a trio) named Adán & Ilse. I know nothing about this Franco-Spanish synth pop band, except that they’re excellent. The album contains 13 tracks that are dominated by minimal beats. Think Jeff & Jane Hudson, Fad Gadget, The Pale Fountains on acid or Snowy Red. There’s even an Automelodi-feel on some tracks…imagine Etienne Daho in an Italo Disco-mood. There are some remixes by SONIC AREA, NÖVÖ and D-R-U-N-K (member from MOTOR).