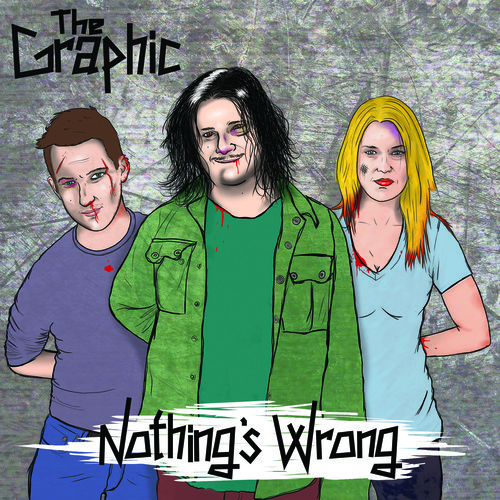 This London based trio surprised me with a nice mix between Nirvana and Pearl Jam!

Slipping away could have been the newest Nirvana mixed with some punk influences (the chorus and the shouting). It's the kind of track that will make you jump up and down and hold arms in the air! However this is only their debut, so they can already show off! Simply amazing! 'Kid' sounds like a mix between The Strokes and Nine Inch Nails: love the fire in this one!

'Circle' gets a more punky/garage rock attitude and a second voice (female: from Jenny Lane), I feel the burning heat of Iggy and The Stooges in this one! Raw Power, baby! 'Don't Grow up' has an old school effect on the microphone, close to The Stooges with a bit of a surf sound. A great rocker!

'Disconnect' is sung by Jenny and sounds like PJ Harvey (including the special effect on the microphone). I like the bass in this one! 'Interlude' is the last track and sounds like a doomed tearjerker! It's a very emotionally loaded track that builds up very slowly and explodes in time!

I enjoyed this little trip! I hope they get known after this one as I feel more than enough potential!