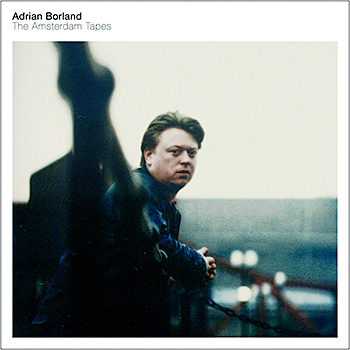 There are never too many articles about Adrian Borland. A handful of people (including yours sincerely) is confident of the fact that he’s the world’s greatest troubadour, someone who knew how to transform beauty and melancholy into touching tunes. Of course the world never cared about them. The Sound are indeed underrated, and even if nowadays some people try to lift up their importance by mentioning in interviews how great they were, they tend to forget the magical solo work.

After The Sound was disbanded, Adrian went for a solo career with a band named The Citizens. The first album Alexandria did it OK in the sales, but the next one (Brittle Heaven) was such a catastrophe that his label PIAS broke the record deal. At that moment Adrian was recording some tracks in the Amsterdam studio of Bart van Poppel. Fourteen songs were recorded with a TEAC 8-track recorder, and Adrian never asked for them. After his tragic death, Bart re-recorded them and assisted by his dad (who included a touching painted portrait in the booklet) they released it posthumous.

Perhaps as a dedicated fan, I’m not the right person to say something in an objective way, but this album is another great proof of how wrong the world was for not listening to this godlike musician. Modern rock songs from a melancholic troubadour, and to quote the words of his friend Mark Burgess: despite his fear it helped that he shared his nostalgia with us. Another great forgotten album. Memories are all that we have, Adrian, but they are all that we need…