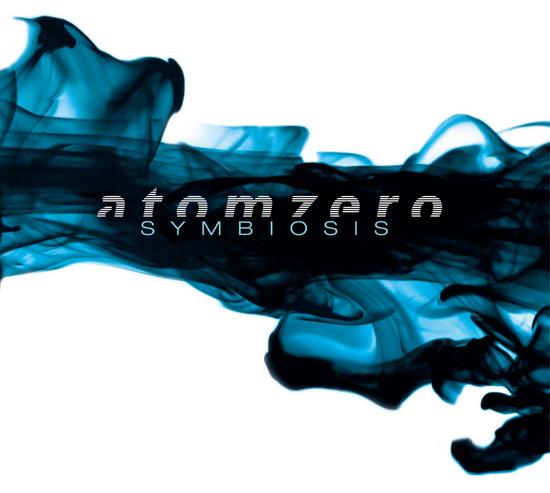 ATOMZERO was initially a UK –based music project by Peter Godziszewski. Later relocated this project to Canada, and joined by Gord Clement. This new partnership brought strong vocals and a more melody driven band of electronic music, a fuse of electro pop and EBM into a modern mix.

On this debut album ‘Symbiosis’ they bring explosive songs full of melody and nice beats. But also the powerfully delivered lyrics and vocals bring most songs alive. The opening track ‘MisDirection’ is directly bang on, the drum and the beats penetrate your ears and make this song to a real danceable track that will take it to a higher level. Tracks like ‘Build Decay’ or ‘Surface’ , are again powerful and aggressive, perfect underground electro tracks.

More darkl synths on ‘Blockade’, superb synth loops and energetic vocals. Most other tracks bring out a kind of electro pop meets EBM feeling, and the track ‘Nature Without Sound’ is with the raw vocal intro superb, and one of my personal favorites But hard to choose favorites, because most tracks are elegantly nice songs with great melodies. For a debut album this is quite good, and promising. Hope to hear more from this band soon.