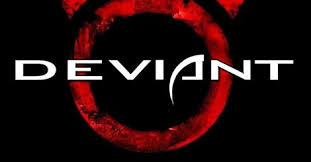 Jay Smith’s Deviant UK already exists for more than 10 years now, and was in the beginning a very big revelation for me. Jay has established himself as a force to be reckoned with in the Dark Alternative Scene. The quite confusing Gary Numan timbre of his voice brings something special to his project.

With his new single ‘Crack Starts To show’, he brings us again a very unique merge of wave-pop and dark electronics, which make this song that particular. The melodic approach is very strong, so it will stick in your mind for the whole day. This song contains all Deviant UK ingredients, hard banging rhythms with heavy and furious vocals.

This new single contains no less than fourteen remixes from his ‘electronic’ friends (Angels & Agony, Iszoloscope, Die Sektor….). So lots of extra beats and bleeps, and this single already gives us a nice impression for the long awaited third album due for release later this year.