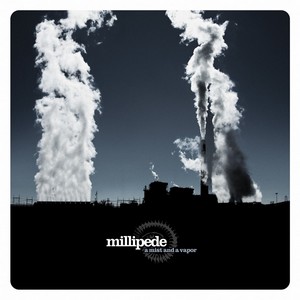 A Mist And A Vapor

MILLIPEDE proves to be a master of mixing styles, mixing the electronic with the organic (mostly drums and guitar, but also piano). The dark ambient soundscapes seem to be heavily influenced by all kinds of thriller and drama movies. Songs like ‘Wither Away’ or ‘Loss’ for instance have that David Lynch feel to it. It sounds staggeringly strange, but still has that sense of calm and beauty. The piano during the beautiful ‘A Hole In The Shape Of You’ could be used for a thriller as well. It’s the best song of the album, probably because it’s so different from the rest of the songs. Another noticeable different song is the electronic orchestral ‘For Now’. The song sounds almost poppy and uplifting. Although MILLIPEDE can’t keep this high quality going for a complete full length album (listen for instance to ‘Living With Ghosts‘ or ‘Fragility‘), “A Mist And A Vapor” has more than enough to offer to interest people who are into dark ambient, soundscapes and ‘easy to the ears’ sounding industrial.

Other reviews from MILLIPEDE
MILLIPEDE • Powerless