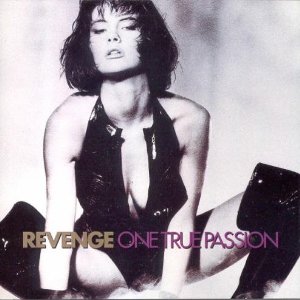 Peter Hook's first side-project appeared in 1989 with the release of the EP, 7 Reasons, a three-track taster of things to come. The title-track resembled New Order's Brotherhood-era output, while Jesus I Love You offered a glimpse of the brutal electro-beats awaiting casual listeners of the band's only album. Formed as a result of New Order's hiatus, partly prompted after Sumner's intention to head off to form Electronic, Hook's desire to continue with his own project took over and Revenge became a joint venture with David Potts.

One True Passion is a mixed, but rewarding, bag that growls where Electronic perhaps only chirruped. Highlights included Pineapple Face, It's Quiet, Slave and Big Bang, while the remaining sounds veered from sleazy biker-chic to cumbersome rock in equal measure. Perhaps not as dexterous as Sumner's offerings, Hook's bull-nosed creative boasted power and precision and a decent cover of John Cale's Amsterdam (found on the Pineapple Face single). The LTM double CD is really worth getting for the entire Revenge output (more or less).