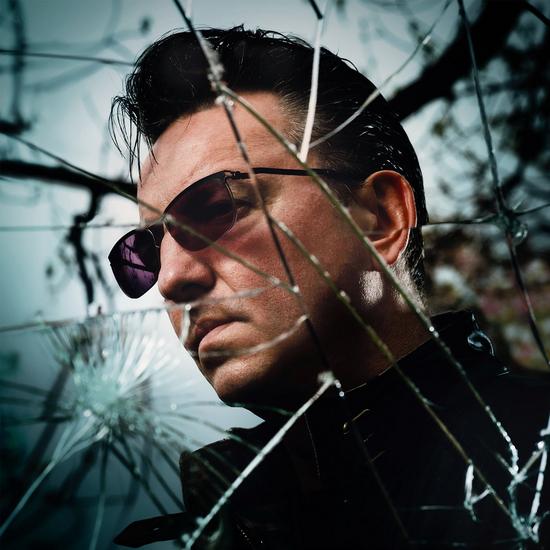 Since his glorious 2003 album Lowedges, baritone bard and balladeer Richard Hawley has christened his LPs after local landmarks - that is, local to his home-town of Sheffield. Hollow Meadows continues this formula in much the same way as the music revisits past glories such as his best-selling Coles Corner and the preceding Standing at the Sky's Edge.

But if you're expecting his recent foray into psychedelia and amplified riffs to continue all over Hollow Meadows, you may be disappointed. This album is much better than that. It still bristles with some semblance of rockist intent on the single Which Way, but for the most part I'm reminded of the aforementioned Lowedges, Coles Corner and the under-rated Late Night Final, more than the squalling feedback of later times.

Hawley's musical time-capsule still contains his trademark sculptured quiff, emotional tugs of the heartstrings, weepy guitar hooks (check Serenade Of Blue out but keep some hankies nearby) and an overall feeling that you've been here before. It's a wholesome experience, truth be told, one with which you can escape the banality and stresses thrust upon us by wooden reality-show 'talent' and celebs desperate for attention.

Richard's nicotine-doused tonsils never fail to uplift and upscale the most basic of songs. Take the admittedly straight-forward self-effacing Long Time Down. Only Hawley and his band could turn this little ditty into a big singalong and hold it there just long enough not to outstay its welcome. And then comes the nape-hair tickling shiver of Nothing Like a Friend, the sort of song that this man does with his eyes shut and his heart wide open. Rediscovery plays an important part of this album and you'll be doing just that in five, ten, twenty years time.

Refreshingly, Hollow Meadows doesn't sound like it's been borne out of tedious branding meetings around a board-table or market positioning - it's the product of soulful (dis)contentment and emotional, physical and mental graft. Far from being hollow, these meadows are creatively still very verdant. His best for a decade.