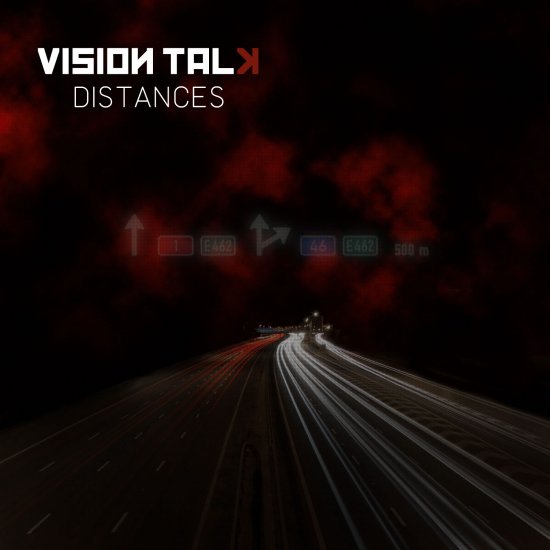 It is always funny to read certain music journalists, is the second album the most difficult for a band or is it the third? The answer will probably never be found even in endless discussion. When it comes to Vision Talk one could come up with the conclusion that their third album must have been the easiest for them.

In 2010 it was already said, the band would call it quits but luckily time told us differently and here they are again with their first album on Conzoom. Polish those dancing shoes, oil your voices and off we go for a trip into synthpop-wonderland.

After a short atmospheric intro, bell synths and pads kick into classic synthpop with 'The Zone Of Silence' already offering an idea of what is to come. Nearly all songs are shorter than 4 minutes and show the essence of the band. The production is surely a big point as well, identifiable synth melodies that basically create all the songs without drowning in a sea of effects and muddy sound.

Choosing a single or favourite track even would be really difficult as nearly all songs offer the ingredients, be it 'Safe And Sound' or 'Infrared Love' (hard to believe that this is no Eddie Bengtsson composition). On 'The Machine' we are greeted by female vocals for a change and the slightly moodier 'World In Motion' closes 40 enjoyable minutes.

As a bonus, 6 quality mixes are added to the album (2 by Parralox) including an extended mix of 'By My Side' in true style of the mixname, another fave surely is Daybehavior's version of 'Unlike'. Fans of The Twins, Erasure and Page will surely enjoy the album a lot and hopefully as much as myself.