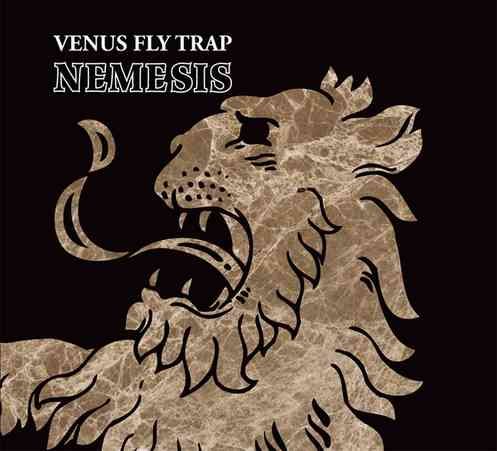 Some things never seem to go away and the British duo The Venus Fly Trap are one of them.
Since the late 80's Alex Novak, made from his British headquarters, seven albums from which "Nemesis" is the second and features Andrew Denton.
People who like to dwell the corridors of the underground will be aware of this Northampton-band as they were to be seen in lots of venues.
The Venus Fly Trap never got that big but they could count on a loyal audience, not in the least because they worked with legendary people like Martin Bowes (Attrition) and Pat Fish (Jazz Butcher).
The band might be linked to the goth culture and in a way they certainly are but knowing these guys for years I tend to ask myself if this was ever the right category for them to belonged to.
Whatever the reason might be, Alex is surely the kind of artist who can give his guitar-pop gems a dark undertone.
I always thought Alex's voice came close to the one from Bob Mould and if Husker Dü would ever made a goth-rock-pop album, I guess it would have sounded similar.
On "Nemesis" you hear once again what brilliant songwriters they are. Apart from the bland cover of "Human Fly" by The Cramps this album is once again a proof of their skills.
Another pearl for the swines?
I guess so but this piggy says: thank you!