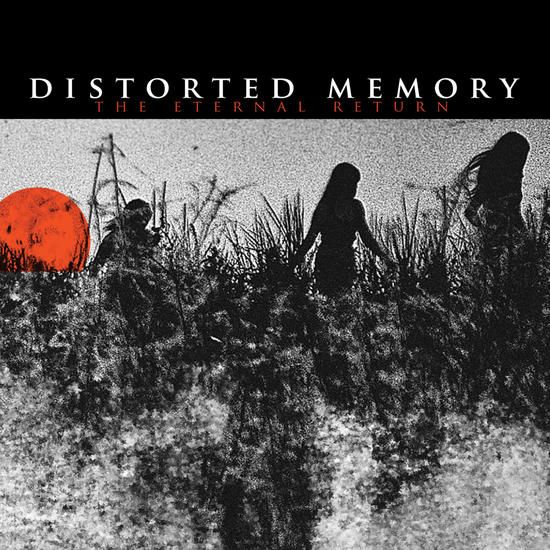 Two years ago I reviewed the album "Swallowing The Sun" by Canadian electro-act Distorted Memory, which was released back then on the highly acclaimed NoiTekk-label. Two years later, the music industry hasn't recovered from its deep crisis (will it ever?), but Distorted Memory are still standing. It might be on their own label, but nonetheless this band are sounding like never before.

Back then I compared them to Suicide Commando, and I guess dark electro can always be compared to Johan's outfit, but the truth is that Distorted Memory have developed a very own identity (even if you can still smell their roots). This newest album opens with a blast. "In the heart of your fire" could have landed on "Eat Your Heart Out" by The Klinik and if I say such things, that's a compliment of the highest order.

Distorted Memory do more than just deliver a dark cold mood. They also write killer tunes and if you don't believe this, just check out a track like "Throwing Stones" and you'll be convinced that there's still room for quality danceable electro these days.

Yes, on some tracks you can hear the spirit of some old school Skinny Puppy, while other tracks have a poppy touch like let's say Nachtmahr. It's a bit of everything and that's always a good thing on an EBM/dark electro/whatever cd. Definitely check out this nice release.