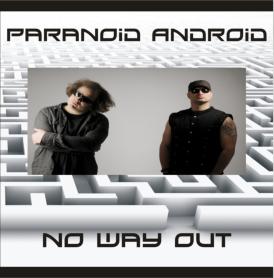 'Smasmouth' or 'Psyhedelic Furs' were the first things coming to mind, when I started listening and focussing on the vocals. But it is Paranoid Android and that is already something positive. They describe themselves as Future New Wave and I can live with that.
With a total of thirteen captivating songs, lyrically dealing with the maze of the human soul that often appears not to permit an easy way out.
Musically, this is a very interesting project and I hope that they will still grow in the future, as this is only their second album. I noticed that they already played at some big festivals in Germany, so that opens the door for even more in the near future...